The literature about Biodiversity
and the GE food/feed consumption has sometimes resulted in animated debate regarding the suitability of the experimental designs, the choice of the statistical methods or the public accessibility of data. Such debate, even if positive and part of
the natural process of review by the scientific community, has frequently been distorted by the media and often used politically and inappropriately in anti-GE crops campaigns.
61. ^ “State of Food and Agriculture 2003–2004. Agricultural Biotechnology:
Meeting the Needs of the Poor. Health and environmental impacts of transgenic crops”. Food and Agriculture Organization of the United Nations. Retrieved August 30, 2019. Currently available transgenic crops and foods derived from them have been judged
safe to eat and the methods used to test their safety have been deemed appropriate. These conclusions represent the consensus of the scientific evidence surveyed by the ICSU (2003) and they are consistent with the views of the World Health Organization
(WHO, 2002). These foods have been assessed for increased risks to human health by several national regulatory authorities (inter alia, Argentina, Brazil, Canada, China, the United Kingdom and the United States) using their national food safety procedures
(ICSU). To date no verifiable untoward toxic or nutritionally deleterious effects resulting from the consumption of foods derived from genetically modified crops have been discovered anywhere in the world (GM Science Review Panel). Many millions of
people have consumed foods derived from GM plants – mainly maize, soybean and oilseed rape – without any observed adverse effects (ICSU).
62. ^ Ronald, Pamela (May 1, 2011). “Plant Genetics, Sustainable Agriculture and Global Food Security”. Genetics.
188 (1): 11–20. doi:10.1534/genetics.111.128553. PMC 3120150. PMID 21546547. There is broad scientific consensus that genetically engineered crops currently on the market are safe to eat. After 14 years of cultivation and a cumulative total of 2 billion
acres planted, no adverse health or environmental effects have resulted from commercialization of genetically engineered crops (Board on Agriculture and Natural Resources, Committee on Environmental Impacts Associated with Commercialization of Transgenic
Plants, National Research Council and Division on Earth and Life Studies 2002). Both the U.S. National Research Council and the Joint Research Centre (the European Union’s scientific and technical research laboratory and an integral part of the European
Commission) have concluded that there is a comprehensive body of knowledge that adequately addresses the food safety issue of genetically engineered crops (Committee on Identifying and Assessing Unintended Effects of Genetically Engineered Foods on
Human Health and National Research Council 2004; European Commission Joint Research Centre 2008). These and other recent reports conclude that the processes of genetic engineering and conventional breeding are no different in terms of unintended consequences
to human health and the environment (European Commission Directorate-General for Research and Innovation 2010).
63. ^
But see also:
Domingo, José L.; Bordonaba, Jordi Giné (2011). “A literature review on the safety assessment of genetically modified
plants” (PDF). Environment International. 37 (4): 734–742. doi:10.1016/j.envint.2011.01.003. PMID 21296423. Archived (PDF) from the original on October 9, 2022. In spite of this, the number of studies specifically focused on safety assessment of GM
plants is still limited. However, it is important to remark that for the first time, a certain equilibrium in the number of research groups suggesting, on the basis of their studies, that a number of varieties of GM products (mainly maize and soybeans)
are as safe and nutritious as the respective conventional non-GM plant, and those raising still serious concerns, was observed. Moreover, it is worth mentioning that most of the studies demonstrating that GM foods are as nutritional and safe as those
obtained by conventional breeding, have been performed by biotechnology companies or associates, which are also responsible of commercializing these GM plants. Anyhow, this represents a notable advance in comparison with the lack of studies published
in recent years in scientific journals by those companies.
Krimsky, Sheldon (2015). “An Illusory Consensus behind GMO Health Assessment”. Science, Technology, & Human Values. 40 (6): 883–914. doi:10.1177/0162243915598381. S2CID 40855100. I began
this article with the testimonials from respected scientists that there is literally no scientific controversy over the health effects of GMOs. My investigation into the scientific literature tells another story.
And contrast:
Panchin, Alexander
Y.; Tuzhikov, Alexander I. (January 14, 2016). “Published GMO studies find no evidence of harm when corrected for multiple comparisons”. Critical Reviews in Biotechnology. 37 (2): 213–217. doi:10.3109/07388551.2015.1130684. ISSN 0738-8551. PMID 26767435.
S2CID 11786594. Here, we show that a number of articles some of which have strongly and negatively influenced the public opinion on GM crops and even provoked political actions, such as GMO embargo, share common flaws in the statistical evaluation
of the data. Having accounted for these flaws, we conclude that the data presented in these articles does not provide any substantial evidence of GMO harm.

The presented articles suggesting possible harm of GMOs received high public attention.
However, despite their claims, they actually weaken the evidence for the harm and lack of substantial equivalency of studied GMOs. We emphasize that with over 1783 published articles on GMOs over the last 10 years it is expected that some of them
should have reported undesired differences between GMOs and conventional crops even if no such differences exist in reality.
and
Yang, Y.T.; Chen, B. (2016). “Governing GMOs in the USA: science, law and public health”. Journal of the Science of
Food and Agriculture. 96 (4): 1851–1855. doi:10.1002/jsfa.7523. PMID 26536836. It is therefore not surprising that efforts to require labeling and to ban GMOs have been a growing political issue in the USA (citing Domingo and Bordonaba, 2011). Overall,
a broad scientific consensus holds that currently marketed GM food poses no greater risk than conventional food… Major national and international science and medical associations have stated that no adverse human health effects related to GMO food
have been reported or substantiated in peer-reviewed literature to date.

Despite various concerns, today, the American Association for the Advancement of Science, the World Health Organization, and many independent international science organizations
agree that GMOs are just as safe as other foods. Compared with conventional breeding techniques, genetic engineering is far more precise and, in most cases, less likely to create an unexpected outcome.
64. ^ “Statement by the AAAS Board of Directors
On Labeling of Genetically Modified Foods” (PDF). American Association for the Advancement of Science. October 20, 2012. Archived (PDF) from the original on October 9, 2022. Retrieved August 30, 2019. The EU, for example, has invested more than €300
million in research on the biosafety of GMOs. Its recent report states: “The main conclusion to be drawn from the efforts of more than 130 research projects, covering a period of more than 25 years of research and involving more than 500 independent
research groups, is that biotechnology, and in particular GMOs, are not per se more risky than e.g. conventional plant breeding technologies.” The World Health Organization, the American Medical Association, the U.S. National Academy of Sciences,
the British Royal Society, and every other respected organization that has examined the evidence has come to the same conclusion: consuming foods containing ingredients derived from GM crops is no riskier than consuming the same foods containing ingredients
from crop plants modified by conventional plant improvement techniques.

Pinholster, Ginger (October 25, 2012). “AAAS Board of Directors: Legally Mandating GM Food Labels Could “Mislead and Falsely Alarm Consumers”” (PDF). American Association for
the Advancement of Science. Archived (PDF) from the original on October 9, 2022. Retrieved August 30, 2019.
65. ^ European Commission. Directorate-General for Research (2010). A decade of EU-funded GMO research (2001–2010) (PDF). Directorate-General
for Research and Innovation. Biotechnologies, Agriculture, Food. European Commission, European Union. doi:10.2777/97784. ISBN 978-92-79-16344-9. Archived (PDF) from the original on October 9, 2022. Retrieved August 30, 2019.
66. ^ “AMA Report on
Genetically Modified Crops and Foods”. American Medical Association. January 2001. Retrieved August 30, 2019 – via International Service for the Acquisition of Agri-biotech Applications.”REPORT 2 OF THE COUNCIL ON SCIENCE AND PUBLIC HEALTH (A-12):
Labeling of Bioengineered Foods” (PDF). American Medical Association. 2012. Archived from the original (PDF) on September 7, 2012. Retrieved August 30, 2019.
67. ^ “Restrictions on Genetically Modified Organisms: United States. Public and Scholarly
Opinion”. Library of Congress. June 30, 2015. Retrieved August 30, 2019. Several scientific organizations in the US have issued studies or statements regarding the safety of GMOs indicating that there is no evidence that GMOs present unique safety
risks compared to conventionally bred products. These include the National Research Council, the American Association for the Advancement of Science, and the American Medical Association. Groups in the US opposed to GMOs include some environmental
organizations, organic farming organizations, and consumer organizations. A substantial number of legal academics have criticized the US’s approach to regulating GMOs.
68. ^ National Academies Of Sciences, Engineering; Division on Earth Life Studies;
Board on Agriculture Natural Resources; Committee on Genetically Engineered Crops: Past Experience Future Prospects (2016). Genetically Engineered Crops: Experiences and Prospects. The National Academies of Sciences, Engineering, and Medicine (US).
p. 149. doi:10.17226/23395. ISBN 978-0-309-43738-7. PMID 28230933. Retrieved August 30, 2019. Overall finding on purported adverse effects on human health of foods derived from GE crops: On the basis of detailed examination of comparisons of currently
commercialized GE with non-GE foods in compositional analysis, acute and chronic animal toxicity tests, long-term data on health of livestock fed GE foods, and human epidemiological data, the committee found no differences that implicate a higher
risk to human health from GE foods than from their non-GE counterparts.
69. ^ “Frequently asked questions on genetically modified foods”. World Health Organization. Retrieved August 30, 2019. Different GM organisms include different genes inserted
in different ways. This means that individual GM foods and their safety should be assessed on a case-by-case basis and that it is not possible to make general statements on the safety of all GM foods.

GM foods currently available on the international
market have passed safety assessments and are not likely to present risks for human health. In addition, no effects on human health have been shown as a result of the consumption of such foods by the general population in the countries where they
have been approved. Continuous application of safety assessments based on the Codex Alimentarius principles and, where appropriate, adequate post market monitoring, should form the basis for ensuring the safety of GM foods.
70. ^ Haslberger, Alexander
G. (2003). “Codex guidelines for GM foods include the analysis of unintended effects”. Nature Biotechnology. 21 (7): 739–741. doi:10.1038/nbt0703-739. PMID 12833088. S2CID 2533628. These principles dictate a case-by-case premarket assessment that
includes an evaluation of both direct and unintended effects.
71. ^ Some medical organizations, including the British Medical Association, advocate further caution based upon the precautionary principle:

“Genetically modified foods and health:
a second interim statement” (PDF). British Medical Association. March 2004. Archived (PDF) from the original on October 9, 2022. Retrieved August 30, 2019. In our view, the potential for GM foods to cause harmful health effects is very small and many
of the concerns expressed apply with equal vigour to conventionally derived foods. However, safety concerns cannot, as yet, be dismissed completely on the basis of information currently available.

When seeking to optimise the balance between benefits
and risks, it is prudent to err on the side of caution and, above all, learn from accumulating knowledge and experience. Any new technology such as genetic modification must be examined for possible benefits and risks to human health and the environment.
As with all novel foods, safety assessments in relation to GM foods must be made on a case-by-case basis.

Members of the GM jury project were briefed on various aspects of genetic modification by a diverse group of acknowledged experts in the relevant
subjects. The GM jury reached the conclusion that the sale of GM foods currently available should be halted and the moratorium on commercial growth of GM crops should be continued. These conclusions were based on the precautionary principle and lack
of evidence of any benefit. The Jury expressed concern over the impact of GM crops on farming, the environment, food safety and other potential health effects. 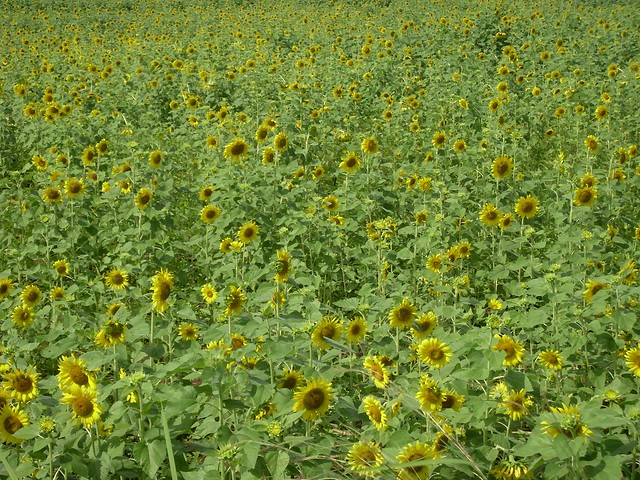 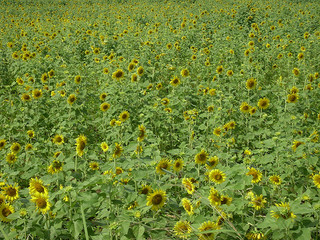